5 Signs Of A Top-Quality Towel That You Should Know

If you're like many people, you don't give much thought to towels — they either do their job, or they don't. Sometimes you choose them in specific colors to complement your bathroom, and when they become frayed or worn, it's possible that you cut them to use as cleaning rags. When it's time to replace the towels, you might not give much thought as to which brand to buy and instead focus on whatever is on sale and looks the best with your current bathroom decor. However, there are good reasons for buying top-quality towels — they last far longer than their inferior counterparts as well as do their job much better. After all, few things are more aggravating after a nice bath or refreshing shower to have to struggle to dry off because your towel just isn't absorbent enough. Keep in mind that the higher the quality of the towel, the more absorbent it will be.

Following are five signs of a top-quality towel.

A Good Towel Feels Heavier Than It Looks

High-quality towels are heavier than they look because they are designed to absorb water — and light towels can't do the job nearly as well as their heavy counterparts. Lighter towels may be as soft and fluffy as heavier ones, but that doesn't mean they absorb water as well.

A Good Towel Has Double Stitching on the Hems

Check the hems of the towel to determine if they are double-stitched all the way around. This is a sure sign that the towel was constructed with care and attention to detail and quality instead of simply being thrown together as quickly as possible.

Quality towels should never feel scratchy to the touch. This is a sure sign of inferior material. These towels will only get thinner and less absorbent with each washing.

A Good Towel Is Made From High-Quality Cotton

Although towels are available in a range of materials, nothing beats cotton for absorbency. Cotton holds nearly 25 percent of its weight in water. The type of cotton used to make the towel also affects its overall quality. Towels made in the Japanese city of Imabari are said to be the best in the world due to the softness of the water in the region, the quality of the cotton, and the skillful artisans who make the towels.

A Good Towel Sinks When Placed In Water

Every Imabari bath towel must pass the "five-second rule" quality assurance test before it is released to the market. If the towel fails to sink within five seconds of being placed on a surface of water, it isn't absorbent enough to carry the Imabari name. 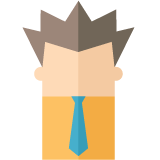